Several F-16 Air Forces are using the MRP (Modular Reconnaissance Pod) for their Recce role. This pod is manufactured by Per Udsen in Denmark (now Terma).
The USAF ANG opted for this system to accommodate its own TARS recce system.
Denmark is using the pod to replace their Red Baron pods while within The Royal Netherlands Air Force the MRP is replacing the Orpheus pod.

The Belgian Air Force has 8 MRP pods, originally equipped with 5 Vinten cameras, recovered from the former Mirage 5 BR fleet. Meanwhile these old cameras have been replaced by an electro-optical system (video), a "Vigil" IRLS (Infra Red Line Scan) and a real-time transmission data system. These pods are used by 1Sqn based at Florennes. 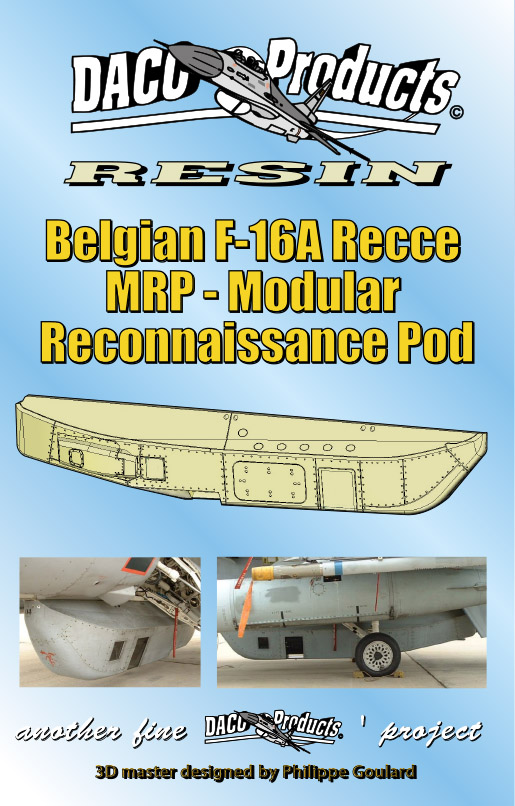 The supplied pod is the Belgian Air Force version
which differs slightly with the other AF versions (location of camera windows). 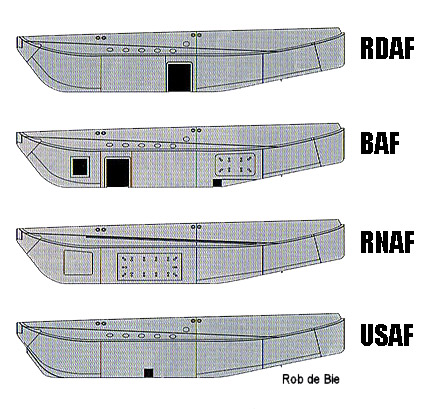